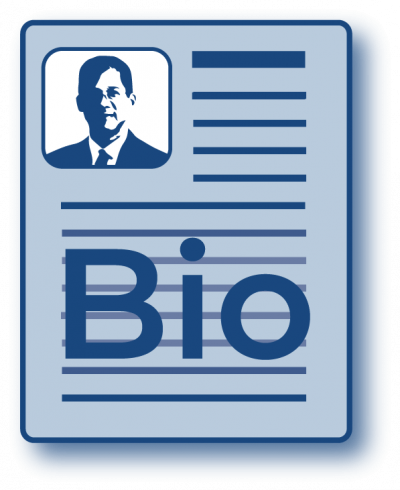 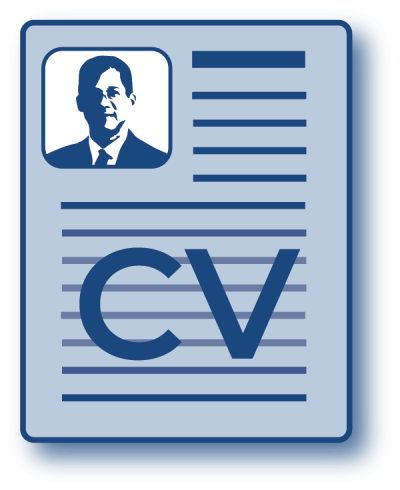 David K.A. Mordecai, Ph.D. is President and Co-Founder of Risk Economics, a New York City based advisory firm. Risk Economics specializes in the application of computational economics and statistics to the proprietary development and scalable implementation of robust modeling and data analytic frameworks for valuation, strategic and systemic risk analysis, and dynamic asset-liability management.

His expertise includes forensic financial and economic analysis, financial engineering, the valuation of fixed income securities and structured products, including over-the-counter derivatives (in particular fixed income and credit derivatives), complex insurance and reinsurance liabilities, M&A and successor liability analysis, operational risk, reliability and warranty-indemnity analysis, environmental liability, trade credit and political risk, as well as asset liability and risk management models and practices. He has advised and provided technical oversight for pattern and practice investigations, internal regulatory investigations, insurance investigations for state regulators, as well as stress-testing for global financial institutions. Having testified extensively at deposition, trial, arbitration and international arbitration, he has been admitted as an expert in federal, state and county courts, and cited favorably in court decisions.

Dr. Mordecai’s litigation advisory experience includes advising the Unsecured Credit Committee in the bankruptcy resolution of Lehman Brothers, and providing technical oversight for the valuation team assigned to validate the fair market value of the exotic structured notes portfolio with a notional value in excess of $15 billion.

As the expert for the U.S. Government in the C.V. Starr case, he testified regarding market evidence of economic damages and the commercial reasonability surrounding the Government rescue of AIG. His damages testimony was cited in the Federal Claims Court decision issued by Judge Wheeler.

In addition, he advised on a merger-related intellectual property dispute involving Samsung and Microsoft. He has also provided analysis and testimony for a number of complex municipal finance, environmental, structured property-casualty reinsurance and life insurance matters.

He also served as the plaintiff’s causation expert in the MF Global cases against Corzine et al, and against PricewaterhouseCoopers (PwC), respectively. In the MF Global case against PwC, which settled mid-trial, Dr. Mordecai’s testimony was cited extensively in the pre-trial Summary Judgment Decision issued by Judge Marrero.

In 2019, the opinions in Dr. Mordecai’s expert report and deposition testimony were relied upon and cited extensively in the decision by Judge Kiesselbach to deny the motion for summary judgement filed by Langan Engineering and Environmental Services in Laura S. Lehman v. Transbay Joint Powers Authority, et al., No. CGC-16-553758 (Super. Ct. San Francisco Cty., Cal.).

More recently, as appointed by the Colorado Attorney General during 2020 to 2021, Dr. Mordecai co-led extensive statistical and empirical analysis of data, and preparation of the technical appendix presenting the results related to police interactions, arrests and uses of force by the Aurora Police Department, conducted in conjunction with the first of its kind pattern and practice investigation under the law enforcement accountability Senate Bill 217.

During his thirty-year tenure in the financial services industry, Dr. Mordecai has served as a Managing Director at Swiss Re, where he led Relative-Value Market Strategies, a quantitative economics and financial engineering function with the global mandate to develop firm-wide and industry standards, benchmarks and frameworks for the valuation and trading of exposures underlying long-dated life, health, medical and pension liabilities as well as geopolitical risk. Prior to this, he served as Senior Advisor to the Head of Swiss Re Financial Services. Previously, at a multi-strategy hedge fund with $10 Billion of assets under management, he was Managing Director of Structured Products, responsible for $5 billion of CDO assets. Prior to his role as a hedge fund manager, he was Vice President of Financial Engineering/Principal Finance at AIG, and a Director at the rating agency Fitch. During the first decade of his career, he specialized in credit analysis and the origination, structuring, and trading of leveraged loans for non-recourse project finance and highly leveraged transactions involving corporations and financial institutions.

David Mordecai earned a Ph.D. with concentrations in Econometrics/Statistics and Economics/Industrial Organization from the University of Chicago and an M.B.A. in Finance from the NYU Stern School of Business. His doctoral research focused on the limits of arbitrage, and how market shocks trigger contagion via the financing of highly leveraged financial institutions during periods of extreme market volatility.

Dr. Mordecai is an Adjunct Professor of Econometrics and Statistics at University of Chicago Booth School  of Business, as well as a Visiting Scholar at Courant Institute of Mathematical Sciences NYU, where he advises research activities at RiskEcon® Lab for Decision Metrics established in 2011, focused primarily on research and development (R&D) related to remote and compressed sensing, signal processing, forensic analytics, anomaly detection and statistical process control.

He has served as an adjunct instructor of applied mathematics at Courant Institute, as well as an Adjunct Professor and an active member of the working group for the NYU Center for Data Science at its inception. In this capacity, he mentors students across various NYU divisions, including Stern, Tisch ITP (Interactive Telecommunications Masters Program) and NYU Tandon School of Engineering. In 2010, he was invited to become a Fellow, as well as a member of the Advisory Board of the Mathematical Finance Program at Courant, having served as a guest lecturer for the program since 2006. In 2014, he was appointed the Course Director leading the NYUCDS Capstone graduate applied research program in its inaugural year. From 2012 to 2015, he held a joint appointment as Senior Research Scholar for Computational Economics of Commerce, Law and Geo-Politics at NYU Stern Graduate School of Business. Dr. Mordecai also serves on the Advisory Committee of the Institute for Data Science at Durham University, England.

Since 2013, he has served as the first Scientist-in-Residence of FinTech Innovation Lab, an accelerator platform for early and growth stage technology firms, organized by The Partnership Fund for New York City in conjunction with Accenture and a consortium of venture capital firms and global financial institutions. He currently serves as Co-Chair of the Nanotechnology Committee, Chair of the Space Law Committee and was Vice-Chair of the Artificial Intelligence and Robotics Committee (2018-2022) for the American Bar Association Science & Technology Law Section. In 2019, he was appointed technical advisor to study committees commissioned by the Uniform Law Committee (ULC) on Automotive Event Data Recorders, in 2020, on Mitigation of Public Health Emergency Business Disruptions, and in 2022 on Use of Tokens or Other Similar Products in Real Property Transactions.

Dr. Mordecai has served as an advisor on systemic risk issues to the Federal Reserve, the International Monetary Fund (IMF), the US Treasury, and the Commodities and Futures Trading Commission (CFTC), and as an advisor on hedge fund valuation issues to the International Organization of Securities Commissions (IOSCO). He has also been a member of the Investment Advisory Committee of the New York Mercantile Exchange (NYMEX). He is the founding Co-Chair of the International Association of Financial Engineers’ (IAFE) Liquidity Risk Committee, and has actively served on the Steering Committee of the IAFE’s Investor Risk Working Group on hedge fund and CTA disclosure issues, as well as the Advisory Board.

David K.A. Mordecai was the founding Editor-in-Chief of the Journal of Risk Finance (JRF), a quarterly peer-reviewed research periodical, which addresses topics in financial risk intermediation. He remains a senior member of JRF’s Advisory Board subsequent to its sale by the original publisher Euromoney Institutional Investor to Emerald Publications. He has published numerous articles on topics including hedge fund strategies, structured credit, and weather and insurance derivatives. He has also served on the advisory committee for Chartered Alternative Investment Analysts (CAIA) Association, and on the editorial board of the Journal of Alternative Investments. In addition, he has been a guest lecturer at Columbia University, at the Graduate Business School, the Engineering/Operations Research Division, as well as the School for International and Public Affairs (SIPA).

In 2016, David was elected to the Board of Governors of New York Academy of Sciences, a membership organization founded in 1817 with over 20,000 members, including research scientists at universities and industry, as well as representatives of business, government, and policy organizations, in 100 countries. He is also a member of the Leadership Council of Black Rock Forest Consortium (BRFC), a 4,000-acre natural living laboratory for field-based scientific research and education, operated by a consortium of twenty-three colleges and universities, public and independent schools, and scientific and cultural institutions. He also serves on the BRFC carbon sequestration advisory committee. From 2009 to 2015, he served as a member of the Board of Directors of Scenic Hudson, one of the nation’s three largest conservation organizations, and during his second term, co-chaired their Science Committee. In addition, he served on the Board of Directors of Hudson Highlands Land Trust from 2007 to 2016.